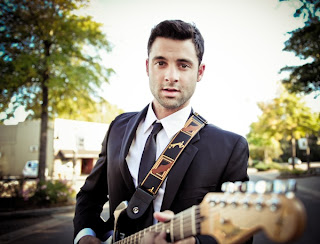 Biscuits outfielder Emeel Salem may have missed all of the 2011 season, but it wasn't a total loss.

Salem, while rehabbing an injured knee, also jumped into the recording studio and recorded some of the songs he wrote long ago.

"This year, I had time to focus on it more because I was hurt," Salem said. "I was able to spend time fine-tuning them."

Now, four of the songs are available through iTunes. (Salem's site is esalemtunes.com.) The four -- "What You Need," "Don't Stop," "All About You" and "Down to Love" -- are completely Salem's creations.

"There's no rhyme or reason I chose those songs," Salem said. "They're four very different songs and they just happen to be the ones I chose for the EP."

Salem, who said he's "confident" he'll be ready for the 2012 season, has been a longtime music fan. It's one of the things he uses to relax off the baseball field.

He also said he doesn't have a preference between these four songs.

"All the lyrics are real lyrics and situations that happened in my life," Salem said. "All are unique."

Salem, a native Alabamian who starred at the University of Alabama, used his talents last spring to be crowned champion of the Tampa Bay Rays' annual talent show. He said he's confident releasing the songs won't jeopardize his opportunity at a repeat.

"It better not," Salem said. "I'm pretty sure sure there are no rules for that. Actually, I'm positive of that."
Posted by Stacy Long at 3:29 PM